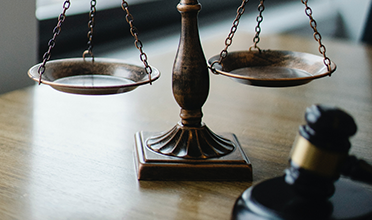 The Ontario government plans on introducing a number of stiffer penalties for dangerous drivers, especially for distracted drivers and drivers whose carelessness results in bodily harm or death. According to the Globe and Mail, the new penalties would include license suspensions for distracted driving and a new charge of careless driving causing death or bodily harm punishable by heavy fines, jail, and license suspensions. The proposed penalties are in response to the fact that fatal pedestrian accidents in the province remain frustratingly high.

A look at the new penalties

The legislation introducing the new penalties is expected to be introduced sometime this autumn. For distracted driving, the biggest change will be the introduction of license suspensions, even for first-time offenders. In addition to current fines, which range from $490 to $1000, a first offence could soon result in a three-day licence suspension. That suspension would rise with each subsequent distracted driving conviction, with a third offence leading to a maximum fine of $3,000 and a 30-day licence suspension.

The legislation would also create a new offence of careless driving causing death or bodily harm. A conviction would lead to a maximum of two years in jail, a five-year licence suspension, and a fine ranging from $2,000 to $50,000.

Finally, fines for drivers who fail to properly yield to pedestrians at crosswalks, school zones, and intersections would be doubled to between $300 and $1,000.

As the Ottawa Citizen reports, Ontario already increased its distracted driving penalties less than two years ago by adding demerit points and higher fines. Despite that, the number of pedestrians and cyclists killed in accidents remains stubbornly high and they represent a greater share of overall traffic fatalities due to better vehicle engineering helping to increase the survival rate of motor vehicle occupants.

Critics also point out that drivers who kill or harm pedestrians or cyclists rarely receive much more than a fine and a short licence suspension. Under current law a driver who, through carelessness, kills someone can be jailed for up to six months, receive a fine of up to $2,000, and have their licence suspended for two years. In practice, however, critics point out that jail time for such offenders is extremely rare and fines rarely exceed $1,000.

Being involved in a motor vehicle accident can be a devastating experience, especially for pedestrians and cyclists who are much more likely to suffer serious bodily harm. Anybody who has been hurt in an accident should know that in most cases claims for compensation can be made, which can help alleviate some of the stress and financial burden caused by the crash. A personal injury lawyer can help clients understand what types of compensation may be available and how best to go about making a claim.

The Ontario government will soon introduce new penalties for careless and distracted drivers.

Check out this article about how the Ontario government plans on introducing tough new penalties for careless and distracted drivers. Distracted drivers may soon face a licence suspension even for a first offence, while careless driving resulting in death or bodily harm could soon be punishable by two years in jail and a maximum fine of $50,000. The legislation comes as road deaths involving cyclists and pedestrians remain frustratingly high across the province.

When the client pays the lawyer an agreed upon hourly fee for work performed by the lawyer.

At QTMG, our hourly rates range between $200 and $500. With this type of arrangement, the lawyer sends the client monthly accounts to be paid.

The lawyer usually requests a financial retainer (financial deposit) for work to be completed. The amount of the deposit could range between $500 and $5000, depending on the complexity of the case and the urgency of the matter. In such cases, the client would pay the lawyer’s bills on an ongoing basis, as the case is prosecuted, usually billed once per month.

Most people are unable to afford to retain a lawyer based on an hourly rate, which is why at QTMG, we handle most personal injury cases on the basis of a contingency fee arrangement.

When the lawyer’s fee is tied to the outcome of a case. If the client wins the case, the client pays his or her lawyer a percentage or other agreed-upon portion of the settlement. If a client loses, the client doesn’t pay.

Contingency fees can prevent prohibitive upfront costs and allow for greater access to justice, particularly for individuals who cannot afford a lawyer or the many resources that the injury law firm can draw from to advance their claims for compensation.

Essentially, the lawyer does not get paid until the client gets paid. This encourages lawyers to work very hard for their clients. The lawyer makes more as the client makes more, so there is an incentive to get as much fair compensation as possible.

What makes our contingency retainer especially appealing is that the “no fee” includes disbursements incurred to advance your case. Most often, disbursements total several thousands of dollars in expert’s fees (doctors, medical specialists, engineers, reconstruction reports etc.). We incur these expenses to advance and build the client’s case. We are not shy about getting the best expert support for our client’s cases and that can be very expensive. Once we’ve taken on your case the disbursements are incurred at the law firm’s risk meaning if you do not win or settle then the disbursements are also waived and you do not have to pay them.