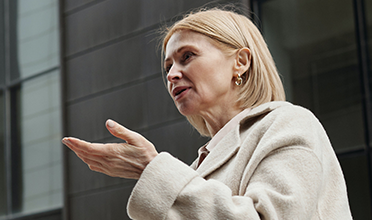 Generally, when a person is injured while working, they are barred from suing any Schedule 1 Employer for an injury that occurred in the chorus of their employment. In order to bar a worker from suing, many defendants bring what’s known as a “right to application”. This results in a tribunal to determine whether or not the worker has a right to sue.

A review of right to sue decisions shows that many workers are unsuccessful in these decisions and have their right to sue taken away. One reason for this is that many workers claim to be independent contractors as opposed to employees as, depending on the specific circumstances, independent contractors may not be barred from suing for injuries that arise in the workplace.

So how does one succeed in a right to sue application? By looking closely at the details!

Look at whether the worker was in a position to receive a pecuniary benefit, who they were actually working for, the classification unit that the employer’s business falls under, and whether the worker was in the chorus of employment at the time of their injury. Doing this may make things more complicated, but it allows you the best opportunity for success (unless of course you are actually representing an independent contractor).

So I’ll end this with an American style advertisement: if you are hurt in the course of your employment and would like to bring a law suit instead of claiming WSIB benefits, please don’t hesitate to get in touch with us as we may be able to help you sort this out.

When the client pays the lawyer an agreed upon hourly fee for work performed by the lawyer.

At QTMG, our hourly rates range between $200 and $500. With this type of arrangement, the lawyer sends the client monthly accounts to be paid.

The lawyer usually requests a financial retainer (financial deposit) for work to be completed. The amount of the deposit could range between $500 and $5000, depending on the complexity of the case and the urgency of the matter. In such cases, the client would pay the lawyer’s bills on an ongoing basis, as the case is prosecuted, usually billed once per month.

Most people are unable to afford to retain a lawyer based on an hourly rate, which is why at QTMG, we handle most personal injury cases on the basis of a contingency fee arrangement.

When the lawyer’s fee is tied to the outcome of a case. If the client wins the case, the client pays his or her lawyer a percentage or other agreed-upon portion of the settlement. If a client loses, the client doesn’t pay.

Contingency fees can prevent prohibitive upfront costs and allow for greater access to justice, particularly for individuals who cannot afford a lawyer or the many resources that the injury law firm can draw from to advance their claims for compensation.

Essentially, the lawyer does not get paid until the client gets paid. This encourages lawyers to work very hard for their clients. The lawyer makes more as the client makes more, so there is an incentive to get as much fair compensation as possible.

What makes our contingency retainer especially appealing is that the “no fee” includes disbursements incurred to advance your case. Most often, disbursements total several thousands of dollars in expert’s fees (doctors, medical specialists, engineers, reconstruction reports etc.). We incur these expenses to advance and build the client’s case. We are not shy about getting the best expert support for our client’s cases and that can be very expensive. Once we’ve taken on your case the disbursements are incurred at the law firm’s risk meaning if you do not win or settle then the disbursements are also waived and you do not have to pay them.